History of The Boatman’s Reading Rooms

Deal’s history has always revolved around the sea and its proximity to France. It is believed Julius Caesar landed on the beach at Deal, in front of the Boatmen’s Reading Rooms, as it was close to Dover but with shallow waters and without the cliffs to climb. Many kings, including Edward II, Henry VII and Henry VIII organised fleets from the town with shipbuilding and of course smuggling the mainstay of the town. Henry VIII built 3 castles to protect the town at Deal, Sandown and Walmer and the Spanish Armada fleet was mobilised from the town.

Beach Street and Middle Street, 5 minutes from the Boatmen’ Reading Rooms, were the main business thoroughfares, with all the leading merchants locating their counting houses, shops and stores there. Boat building and chandleries thrived in the town. 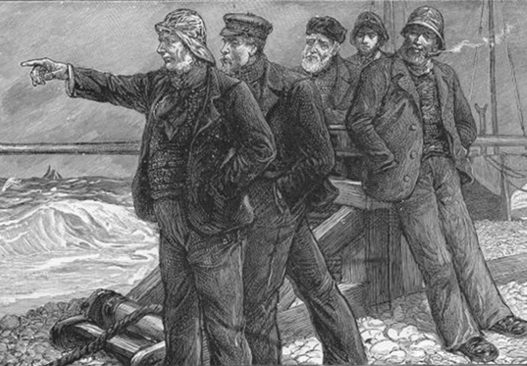 The boatmen were an integral part of the history as they navigated, and rescued ships from the treacherous waters around the Goodwin Sands. The Goodwin Sands form a natural breakwater, providing a safe anchorage known as the ‘Downs’ between themselves and the shore. At low tide part of the Sands are exposed and can be seen from the beach, but at high tide the 10 mile sand bank becomes ‘quick’ and can completely swallow a ship in days or even hours. (there are summer boat trips to the sands if you would like to see them).

At Deal up to 400 ships were able to anchor in safety in the Downs waiting for good weather, sometimes for weeks at a time and the navy made full use of this area in times of war. With so many ships at anchor, the Deal Boatmen ferried goods and people backwards and forwards to the shore. 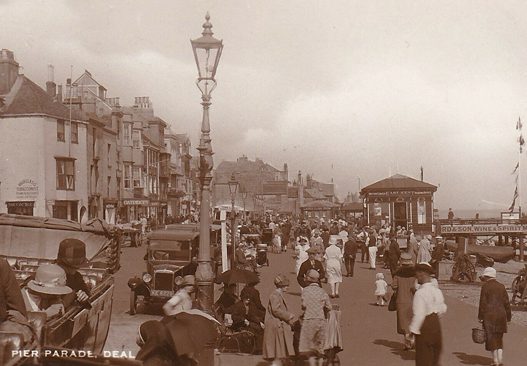 The prosperity of Deal, and the Deal boatmen, peaked during the French Revolution and Napoleonic Wars. In this period, the southern English defences were centred upon Deal, with its 3 castles and Naval Yard. The population of the town grew to 23,000 with 14,000 troops stationed in the town. The collisions, and other accidents that were inevitable with so many ships in such a restricted anchorage provided many opportunities for the boatmen to earn salvage money.

At the end of the naval wars, during the early 1800’s to try and stop smuggling, a coastal blockade was set up which put the town into a sharp decline, decimating the once thriving boatmen community and it took until Edwardian times for the town to recover and turn itself into the seaside resort it is today. 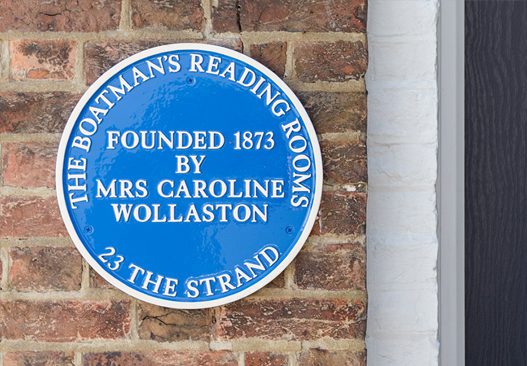 The Boatman’s Reading Rooms were founded in 1873 by Caroline Wollaston, part of the wealthy Wollaston family who still live in Walmer today. She and her husband took a great interest in the Deal and Walmer boatmen and when she died a large legacy was left to maintain and run the reading rooms.

Many well to do Victorian families built and maintained reading rooms as a refuge for working men, away from public houses and to promote temperance. The Boatmen’s Reading Rooms however were also used as a hospital for rescued seamen to rest and recuperate. They remained open until the second world war, when the rooms became a private house. 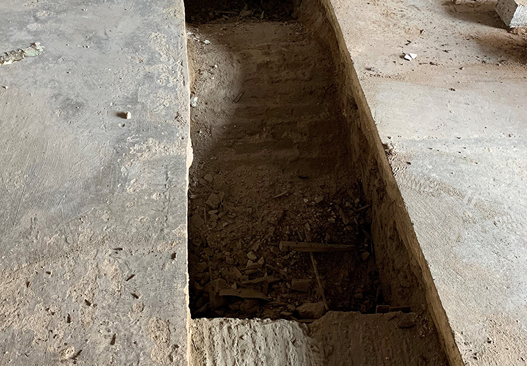 The Boatman’s Reading Rooms had been empty for some time when we purchased it, but had the bones of a wonderful seaside home. During the renovation we discovered a large full height tunnel running under the house, parallel to The Strand, local historians believe it was a secret escape tunnel from the marine barracks which came out in Wollaston Road and is why it is so close to the surface under the house. Until our discovery they had not known the route the tunnel took. It has been left undisturbed under the new carport.