History of The Coding Hut

The Cabin was originally built by the Montagues as part of the Beaulieu Estate and was one of a group of woodman’s cottages. All the cottages had tin roofs and the area was nicknamed Tin Town by the locals. Set off the beaten track the area was at the very end of the estate on the Solent facing the Isle of Wight. The Montagues had their holiday house, Thorn Beach, there, with its own beach and views of the Isle of Wight across the Solent. 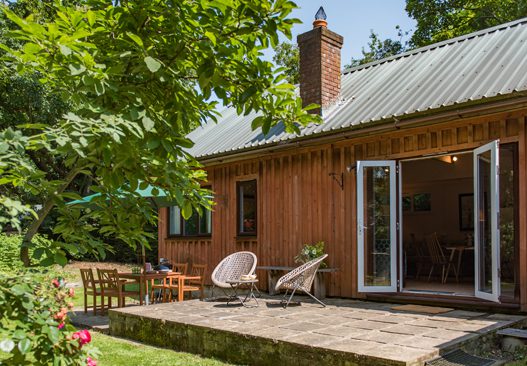 During World War 11, The Coding Hut was requisitioned as part of the Thorns Beach Estate and used by SOE (Special Operations Executive) who used the estate as their training centre for the 3000 people working with the resistance in occupied Europe. Formed in 1940, the Special Operations Executive was an underground army that waged a secret war in enemy-occupied Europe and Asia. Its agents demonstrated incredible courage and resourcefulness in their guerrilla war. It was returned to private ownership after the war and used as an artists studio for many years. 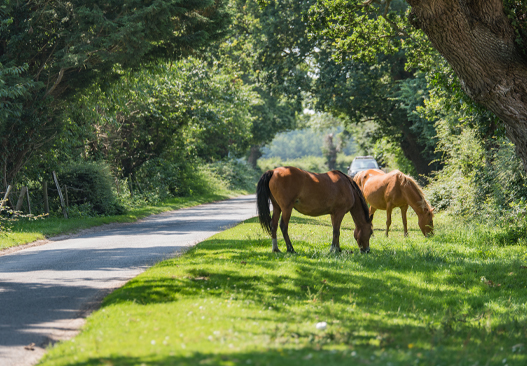 The New Forest dates back to 1079 when William the Conqueror took ownership of the area as his hunting forest. In turn, the Montagues were gifted the estate by the crown in the 16th century and still own it today including the famous Motor Museum. There still exists an old Knightwood Oak in the forest, with a girth of over 7 metres estimated to be over 500 years old so about the same age as the Montagues ownership of the estate. The tree is still growing today. Throughout the forest, you will see the 5,000 resident ponies and pigs that roam the land.